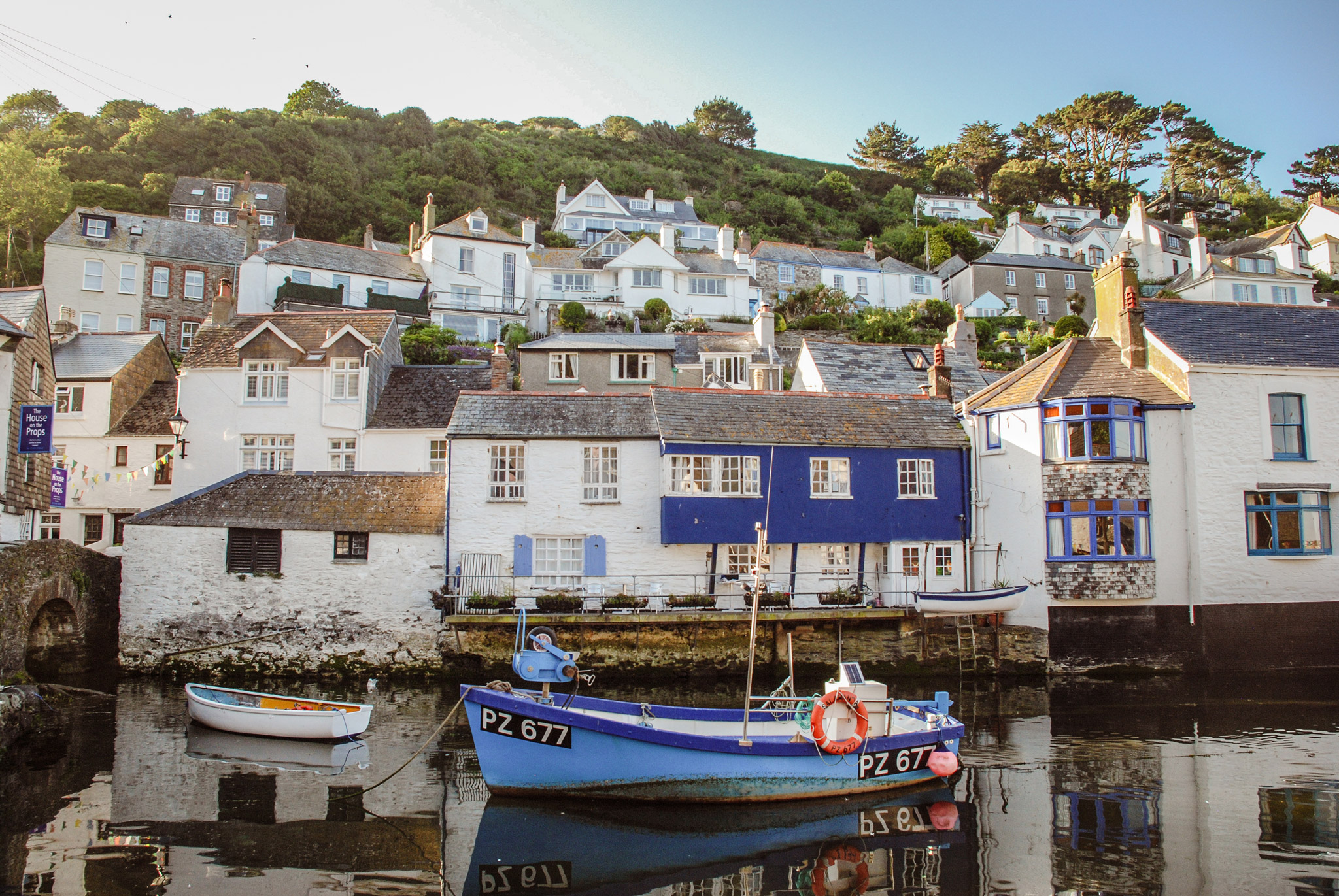 Visiting Polperro, a picture perfect Cornish fishing village, is like stepping back in time! The village is wedged between cliffs on the South Cornwall Heritage Coast and packed with ancient fishermen’s cottages. Polperro’s streets are so narrow that no cars are allowed! With it’s unspoiled architecture, charming harbour, ruggedly beautiful coastline, and sleepy feel you’d never guess that this little village had such a criminal past! 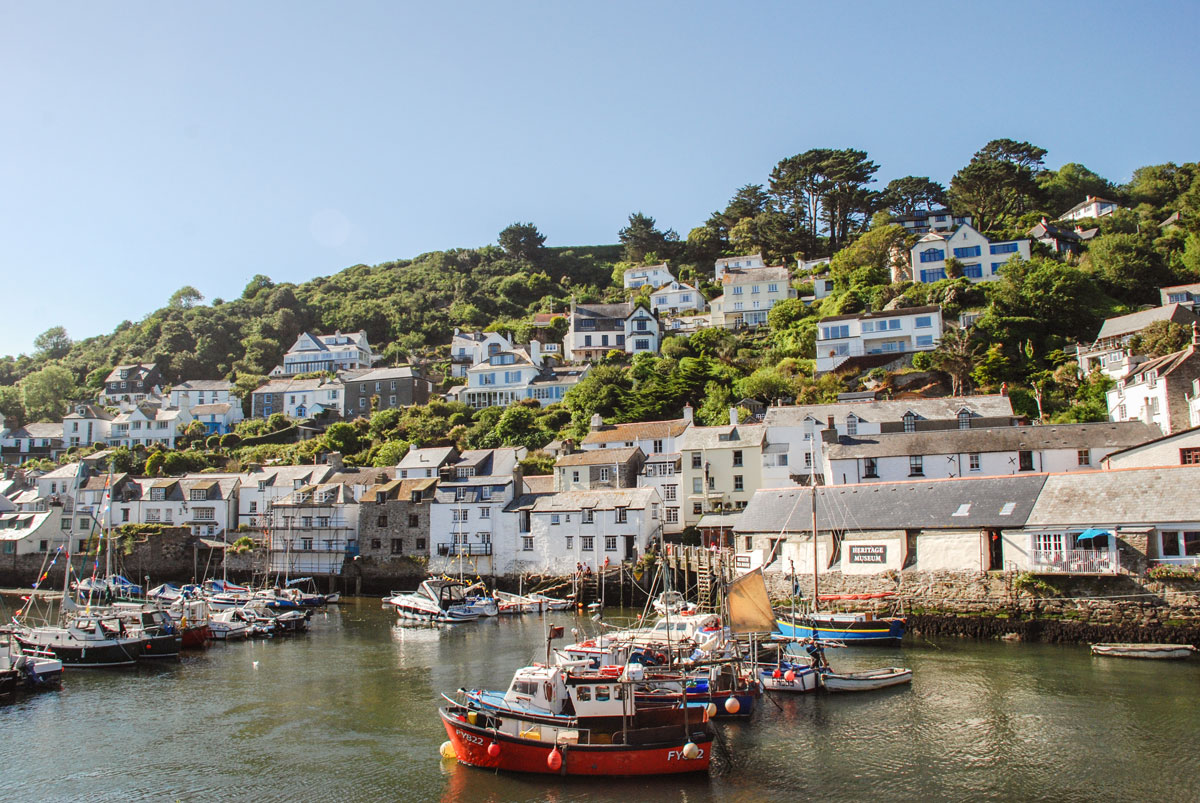 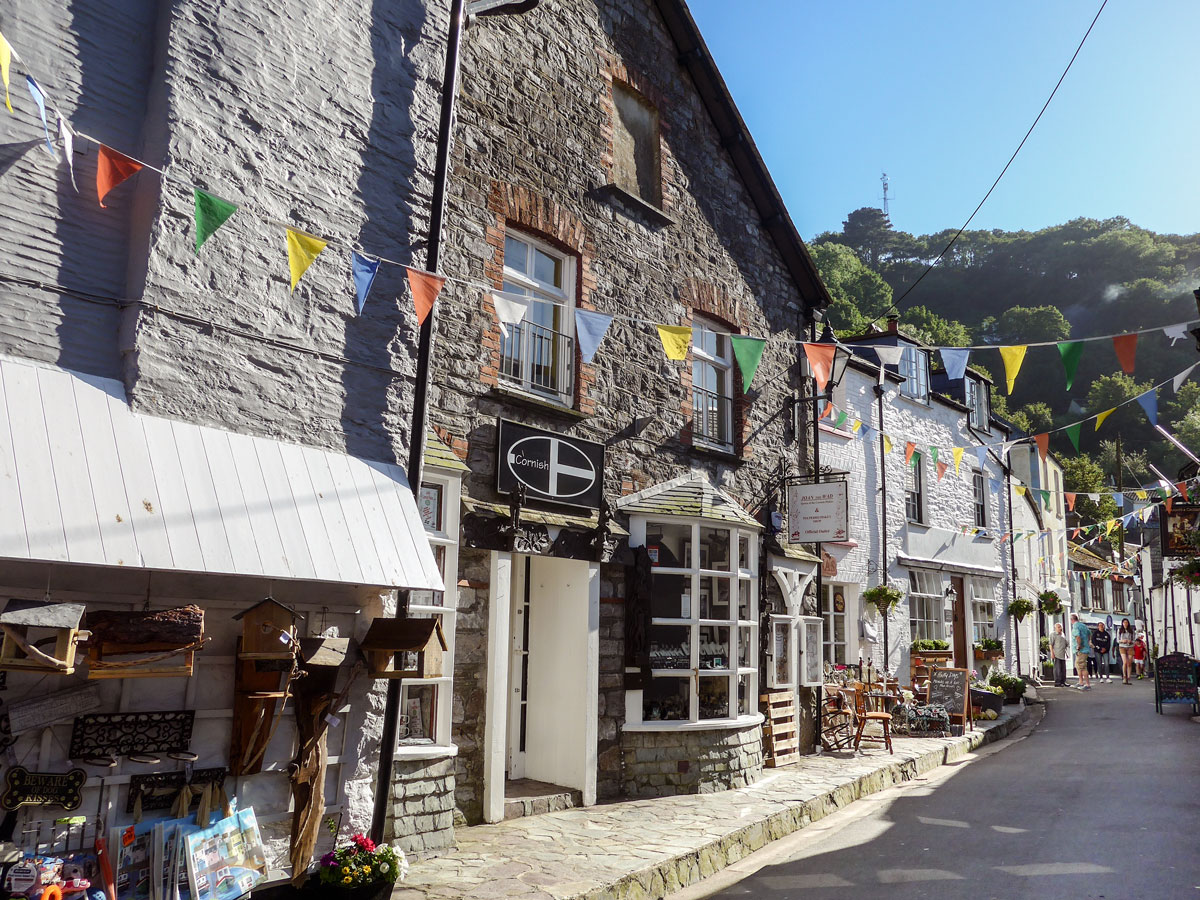 The steep ravine shelters Polperro and its jumble of tightly-packed fisherman’s cottages from the tide. The cottages were built to store gear and pilchard catches on the lower level, with a loft space above where they’d rest. 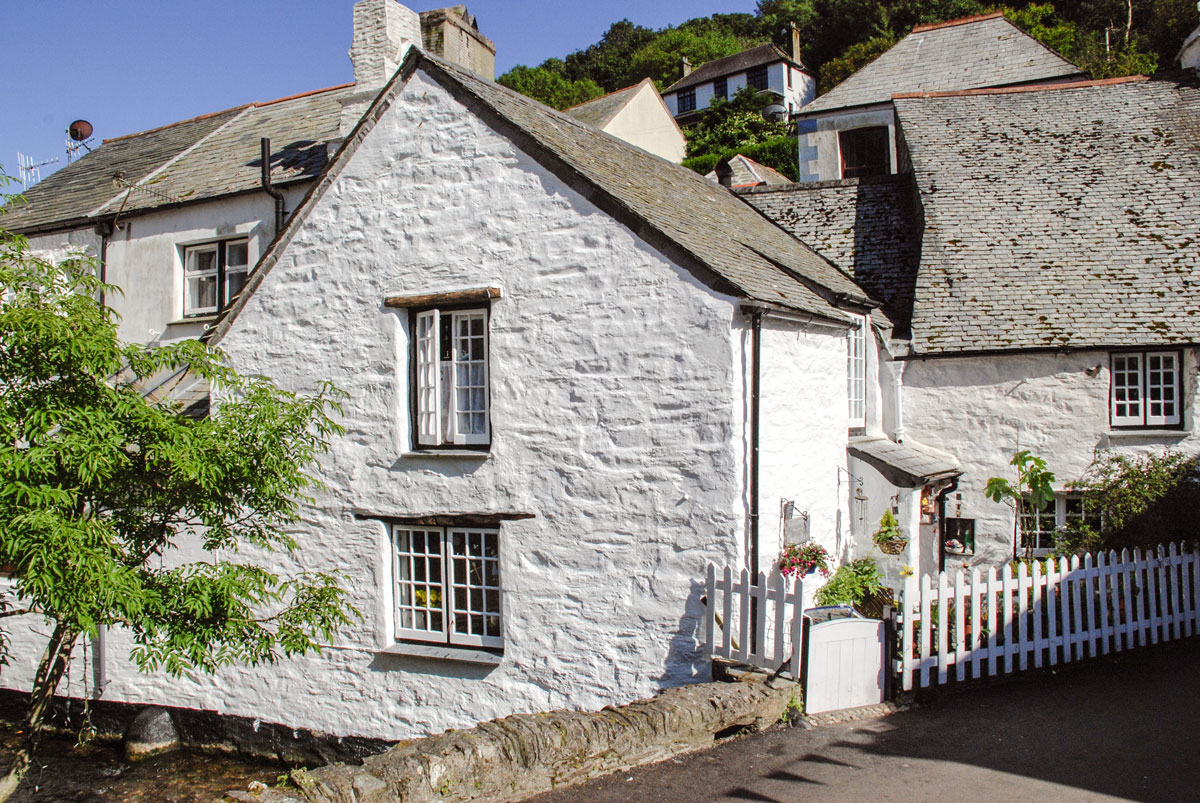 When you walk these winding streets you’re following the same route that the fishermen would have done, with their wheelbarrows full of fish. But when night fell, they had slightly different agendas. They would sneak around under the cover of darkness to move illegally smuggled brandy and tobacco to their hideouts. This adorable little coastal village used to be full of smugglers! 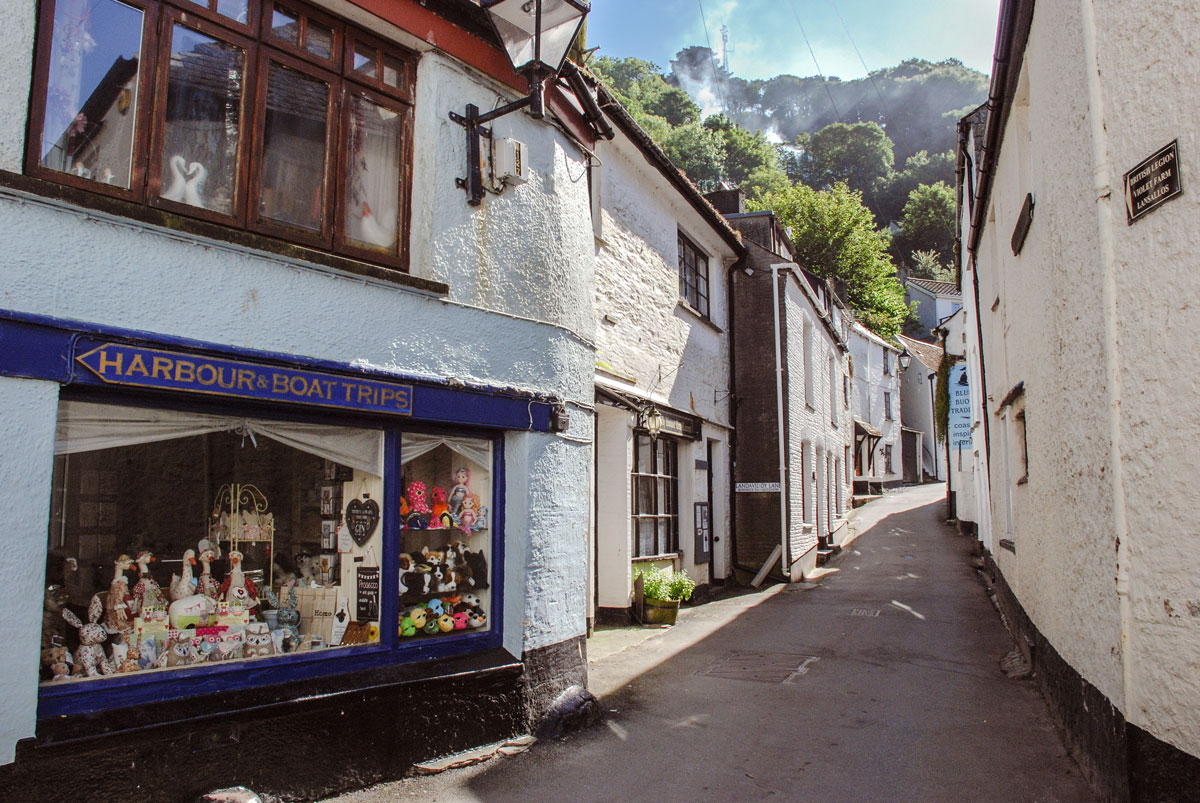 This is the cave where they’d sometimes hide their loot, accessible at low tide. 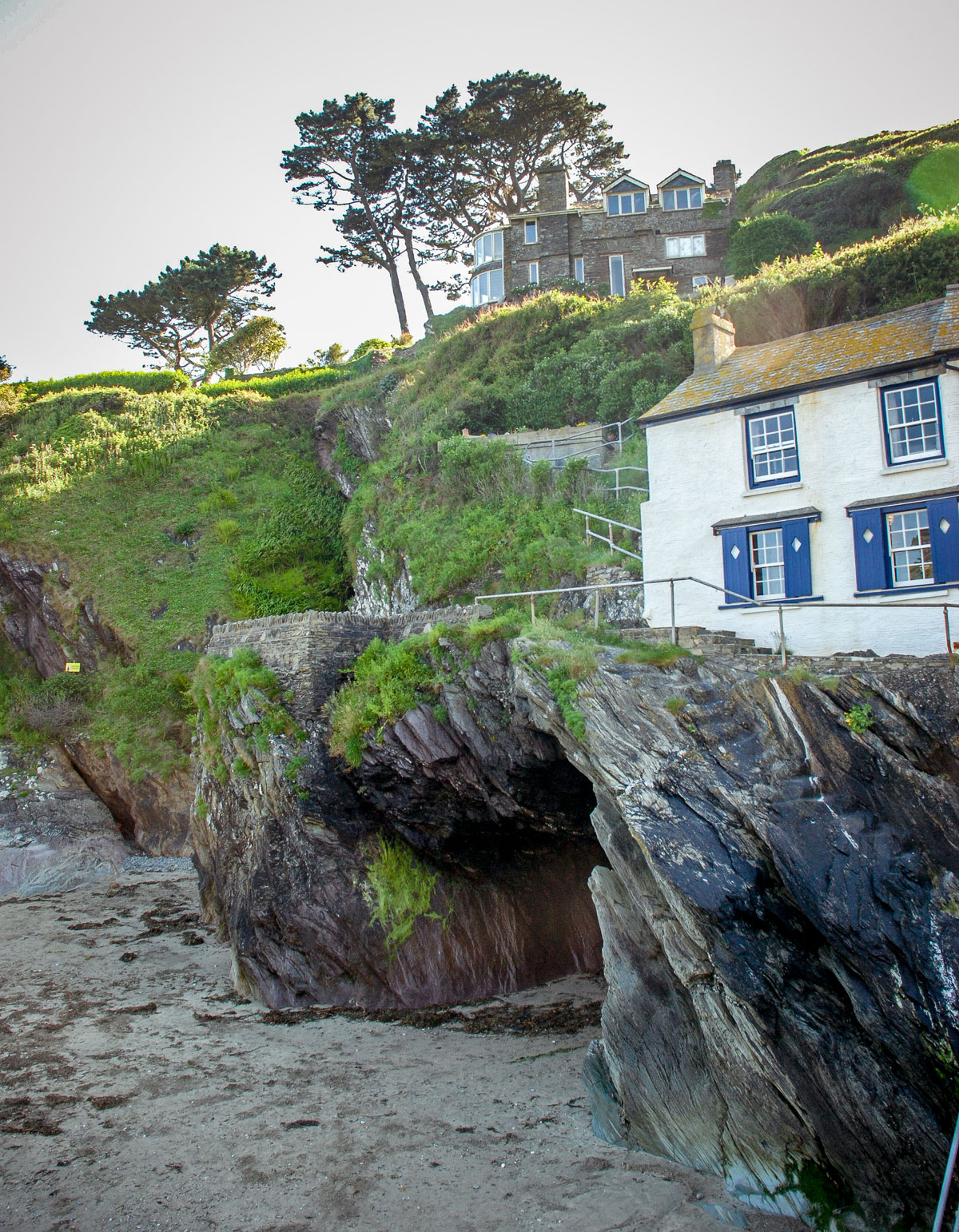 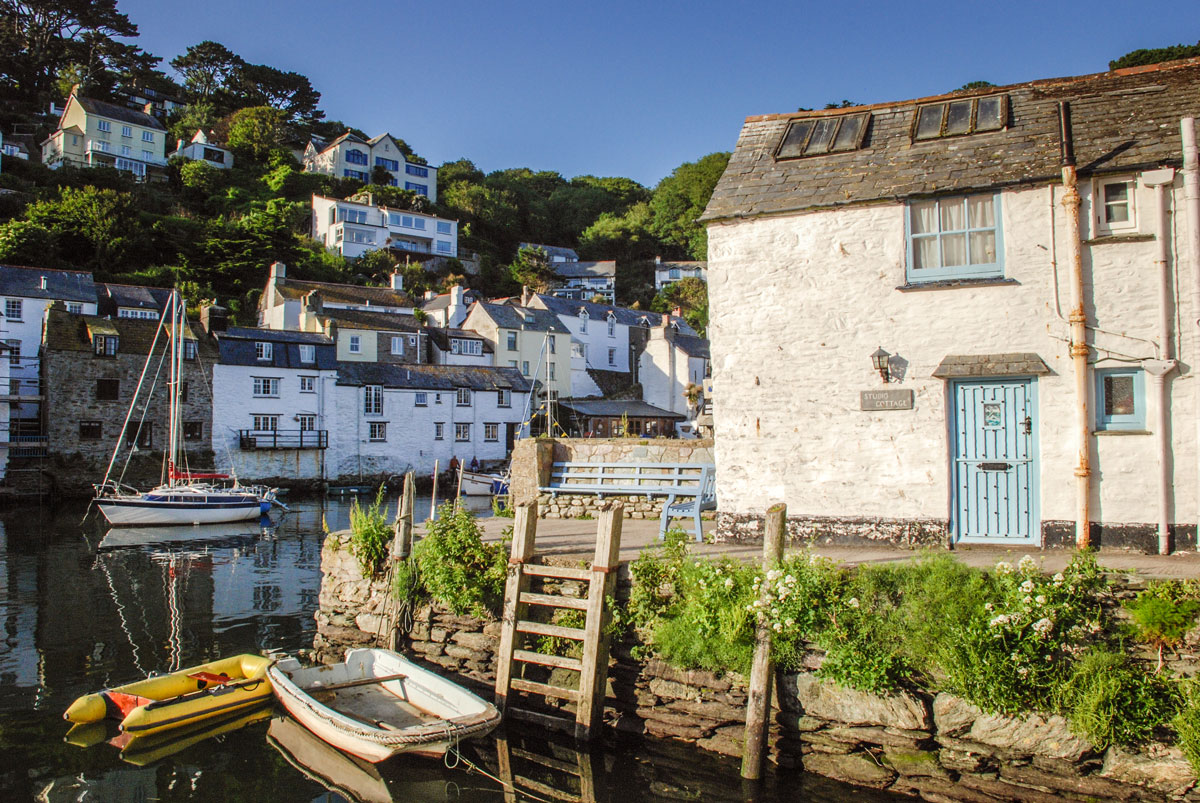 Polperro has been a fishing settlement since 1303 but there’s evidence that smugglers flourished there in the 12th century. Smuggling reached it’s height in the 18th century when Britain was at war with America and France. The wars led to high import taxes making it well worth the smugglers time to sneak the goods in instead. However, in the 19th century, the Coast Guard introduced harsh penalties for smuggling which massively reduced the problem. You can walk along the South West Coast Path which is the route the revenue officers used to patrol to catch smugglers, or to dig deeper into the stories, visit the smuggling museum.

What to do in Polperro 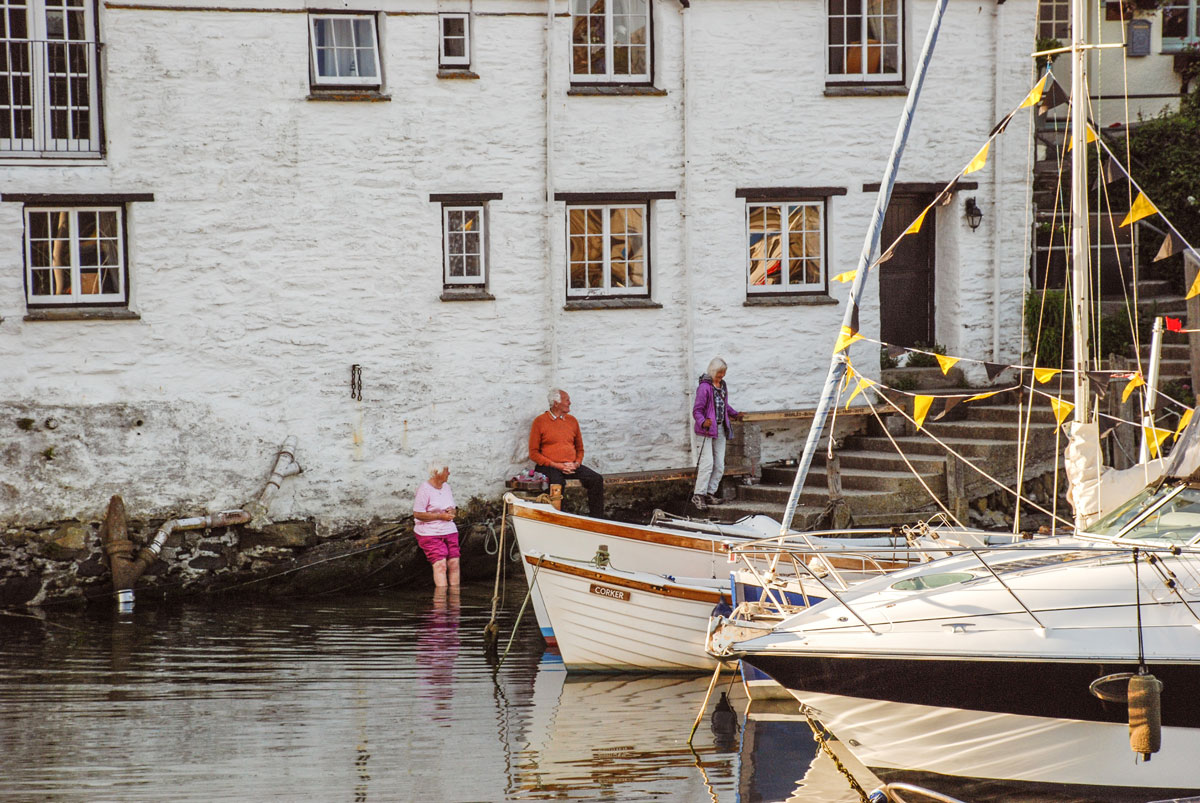 With its protected harbour full of colourful boats, you could easily spend the day relaxing, eating the freshest fish and taking in the view. 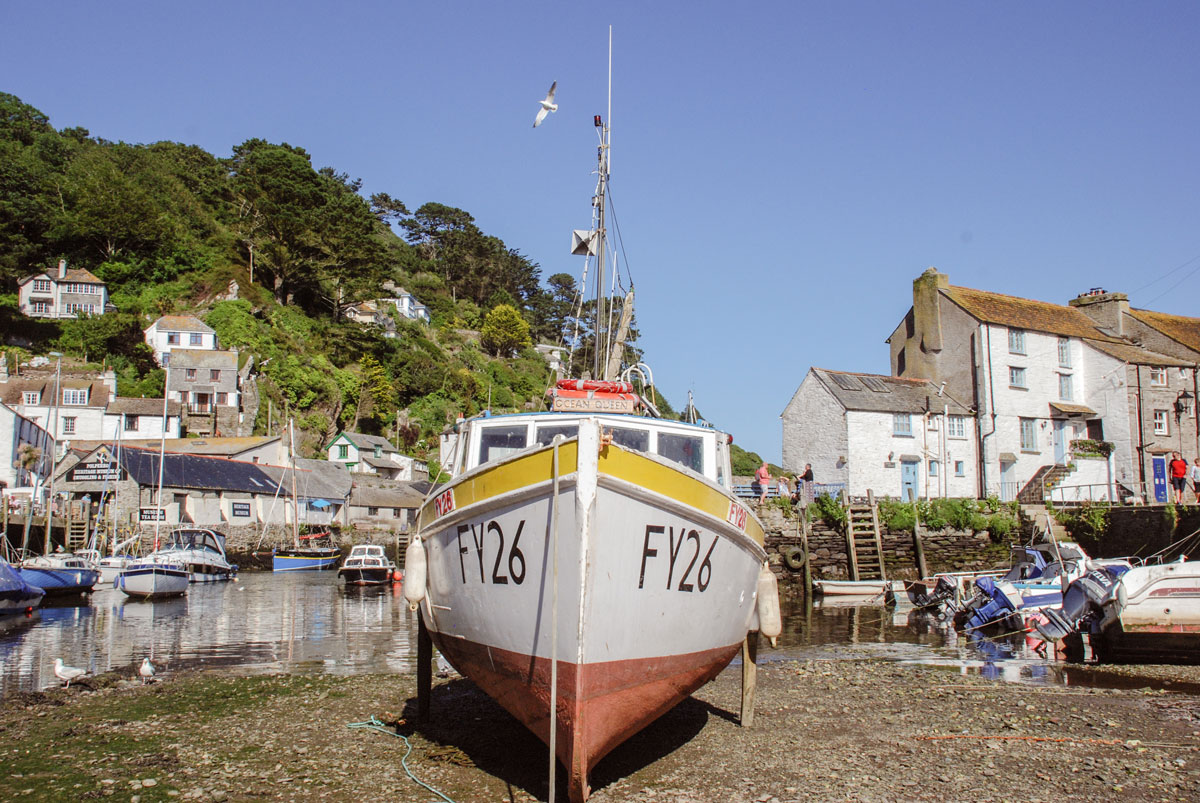 Polperro is still a working fishing village, so if you fancy channelling your inner angler you can book a fishing trip or leisurely boat ride from the quayside. 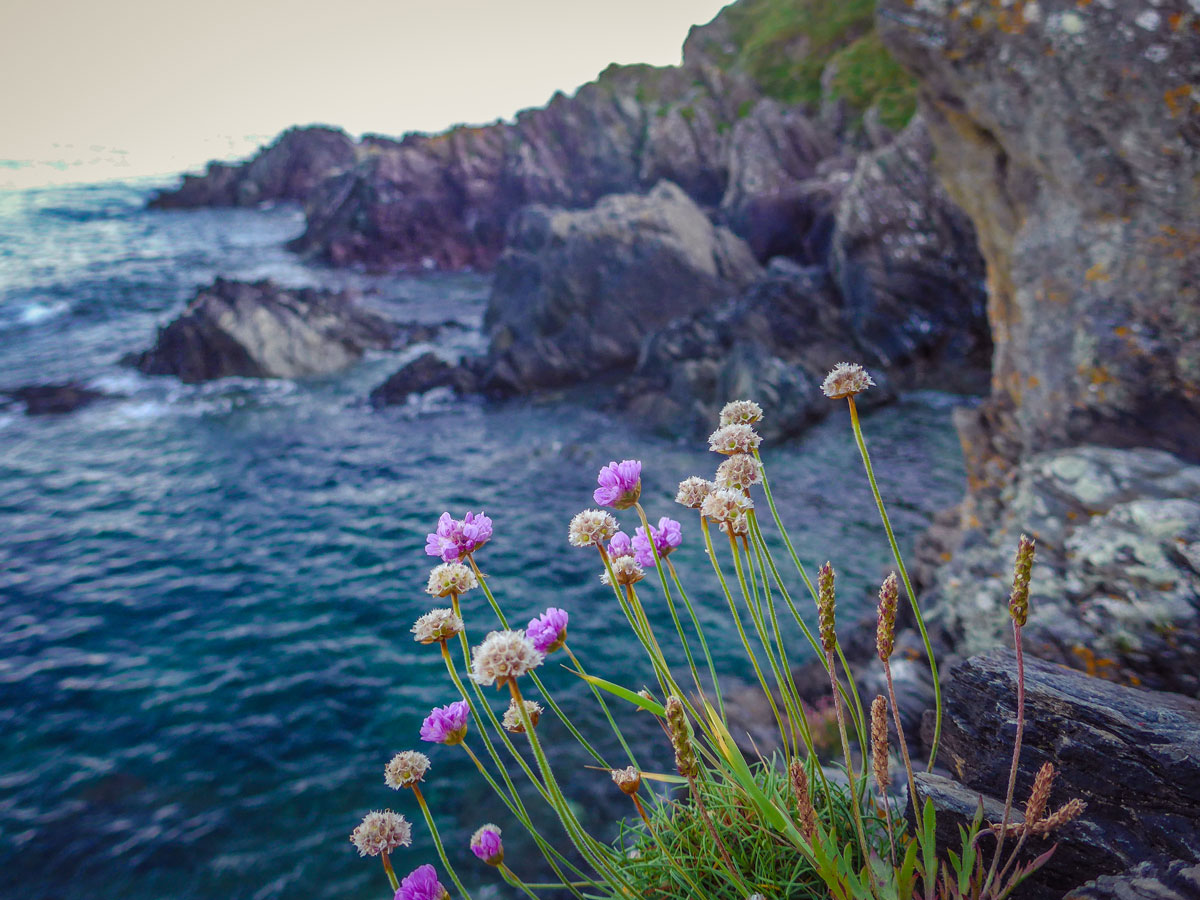 If you’re a landlubber, take the coastal path to explore the secluded smuggling coves of Talland to the East and Lantivet Bay to the West (both have beaches to cool off in when you arrive). The coastal path stretches for 80 miles along the heritage coast so there’s several days worth of walks there if you fancy. 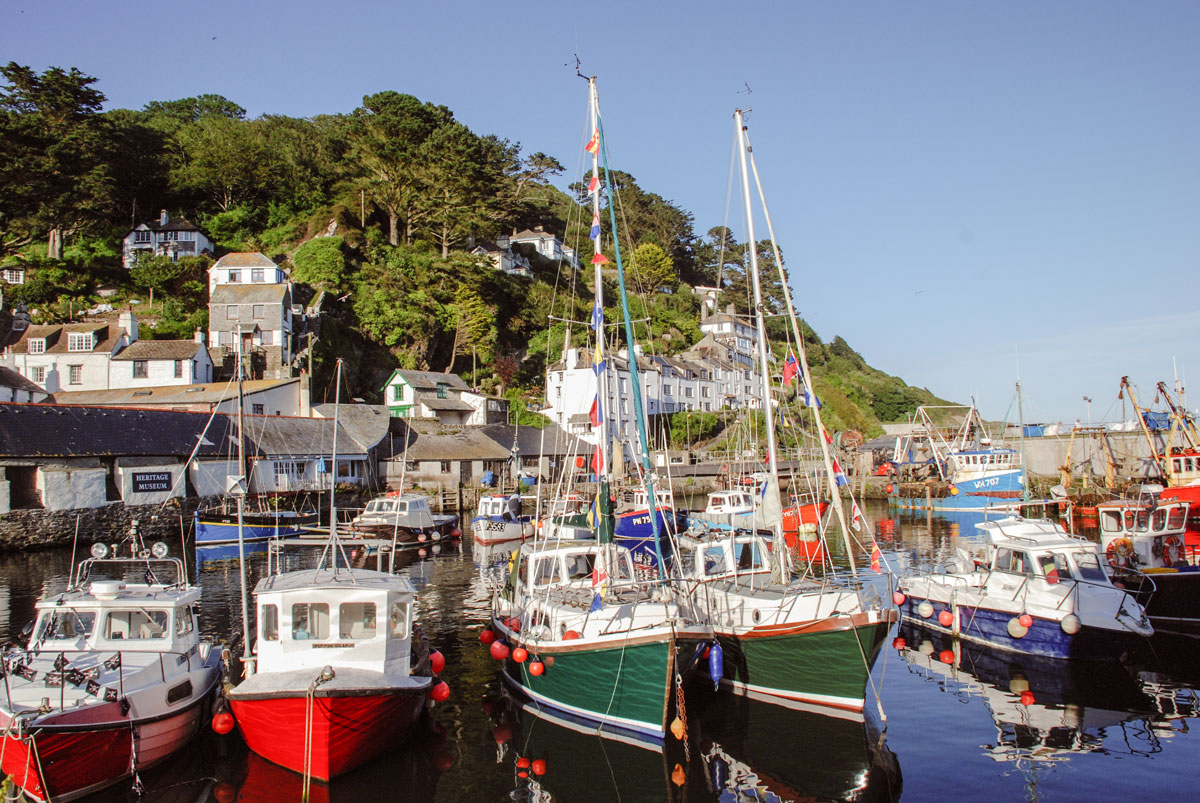 Visit Polperro Heritage Museum of Smuggling & Fishing to find out more about this village’s past. 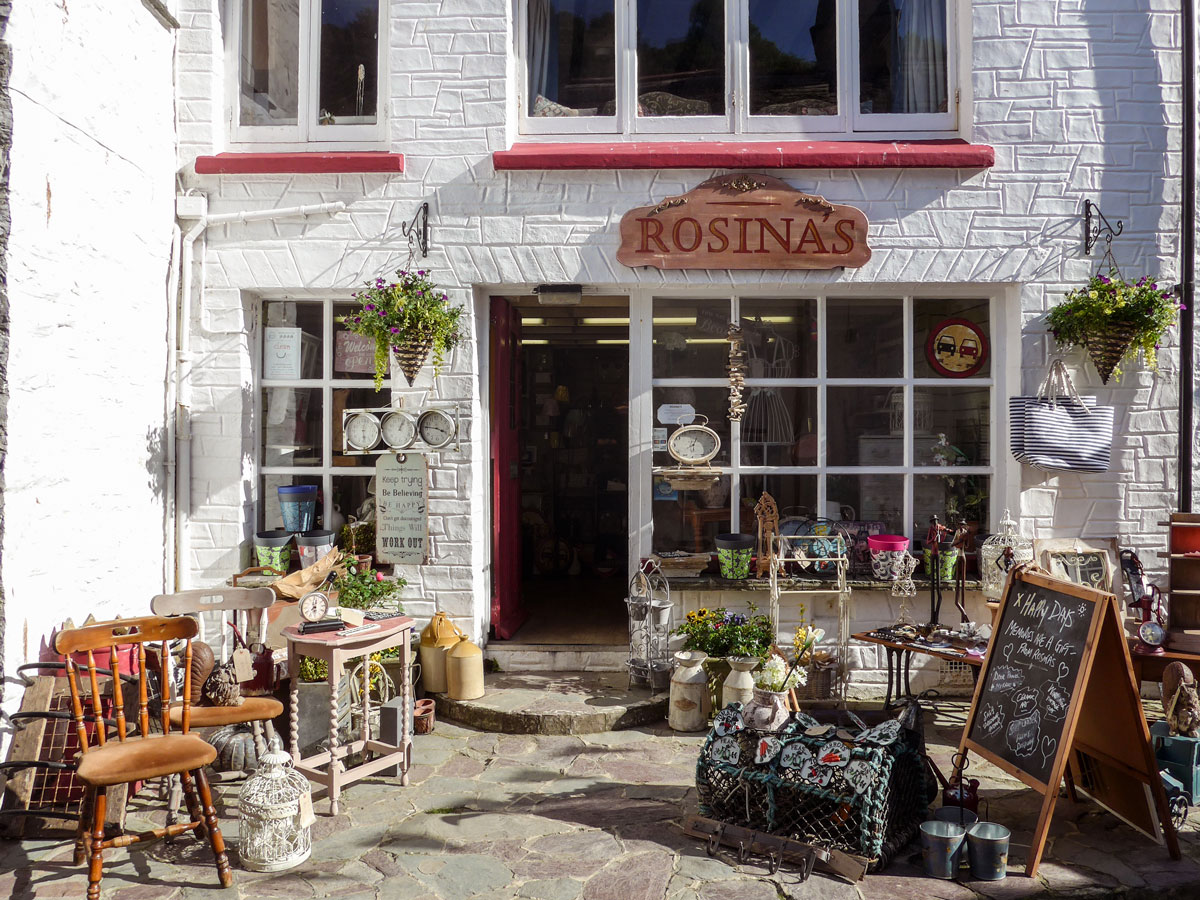 Wander around the shops nestled in the narrow, windy lanes selling souvenirs, art, jewellery, baked goods and everyday bits. We bought a vintage style metal London Underground sign with the name of the station where we live from the lovely lady at this shop. Of all of the things we could have found in deepest Cornwall! ? 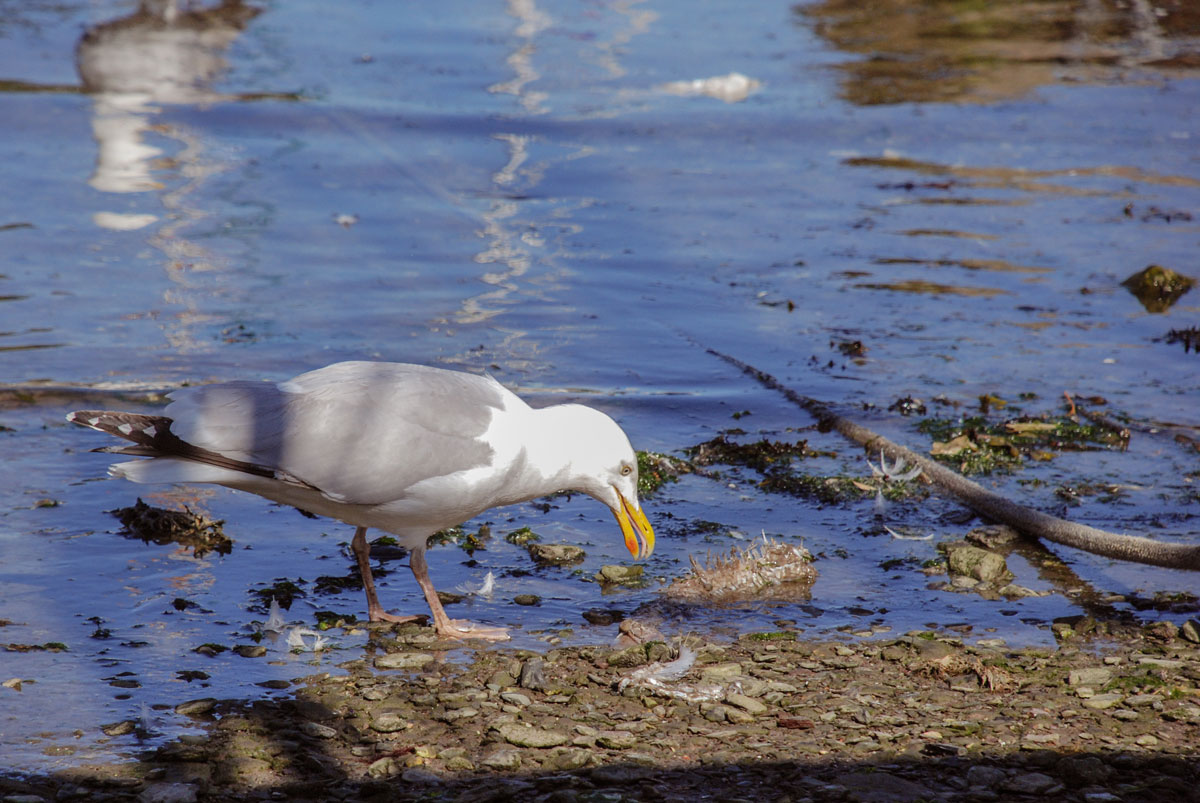 Polperro has a small (I mean small!) sandy beach which appears only at low tide just past the main breakwater. The beach is in front of Willy Wilcox cave which is where the smugglers used to stash their swag back in the day. There are some bigger beaches a short drive away.

Wander along the Clifftops 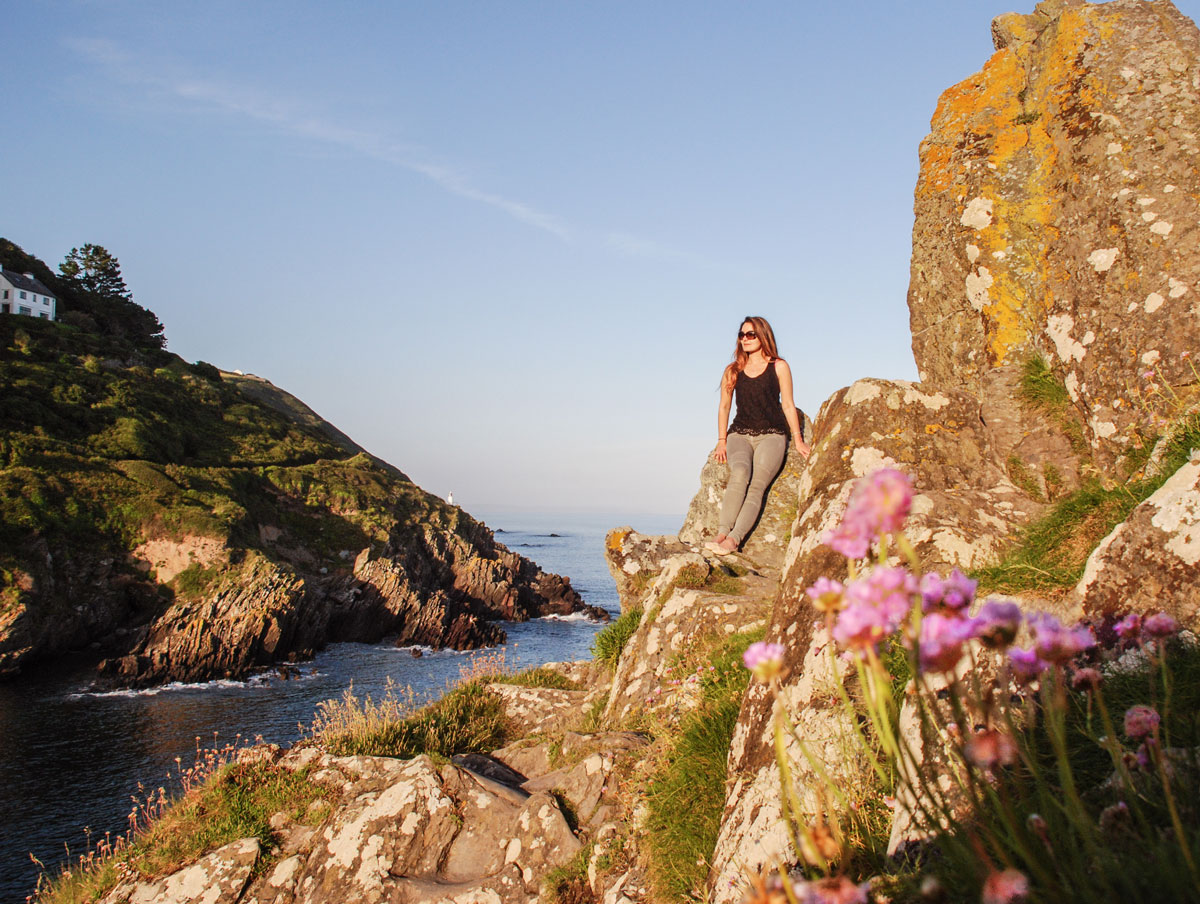 Take a wander out to the cliffs beyond the sea wall. From this relaxing spot you get a totally different view of the village, and can watch the comings and goings of the boats in the harbour. 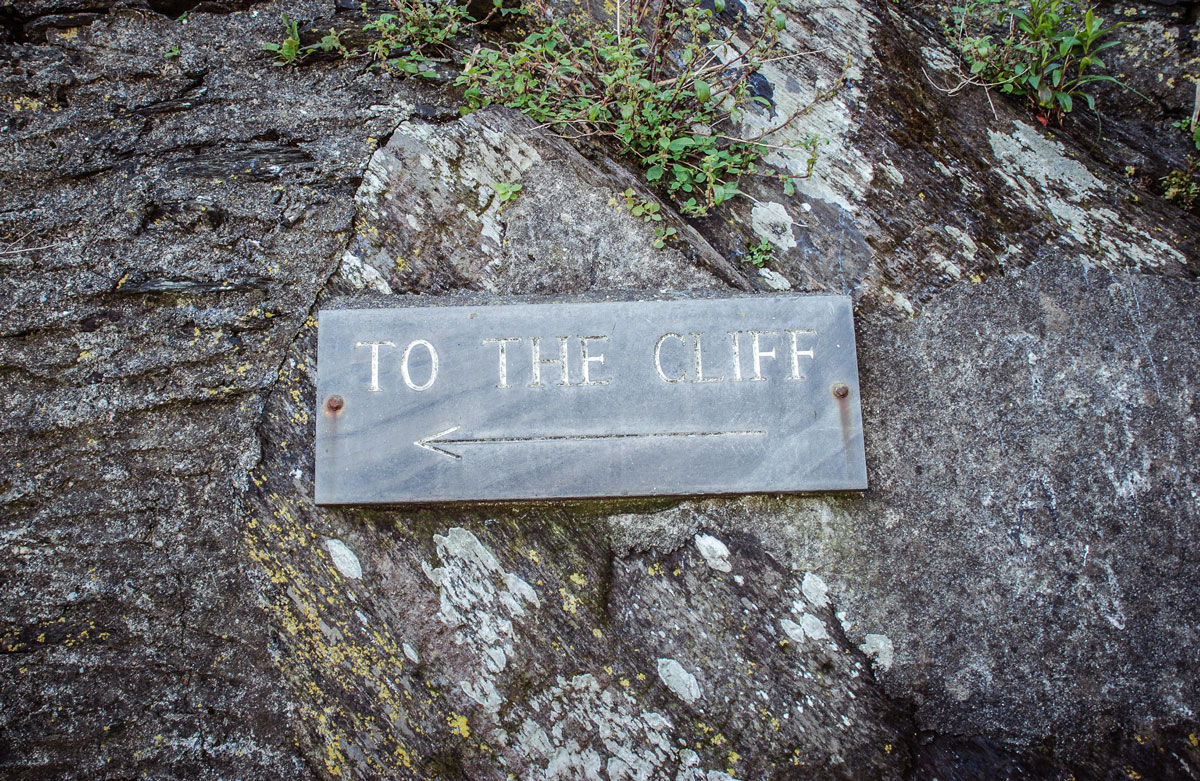 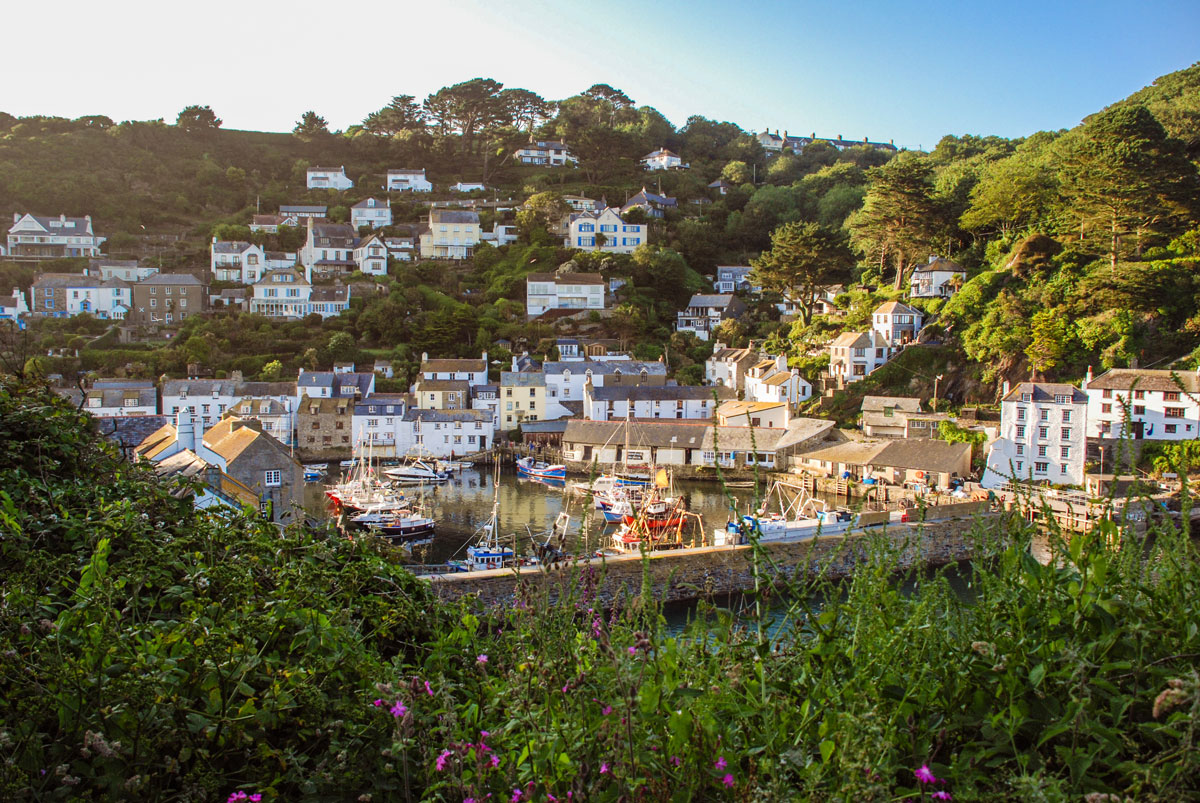 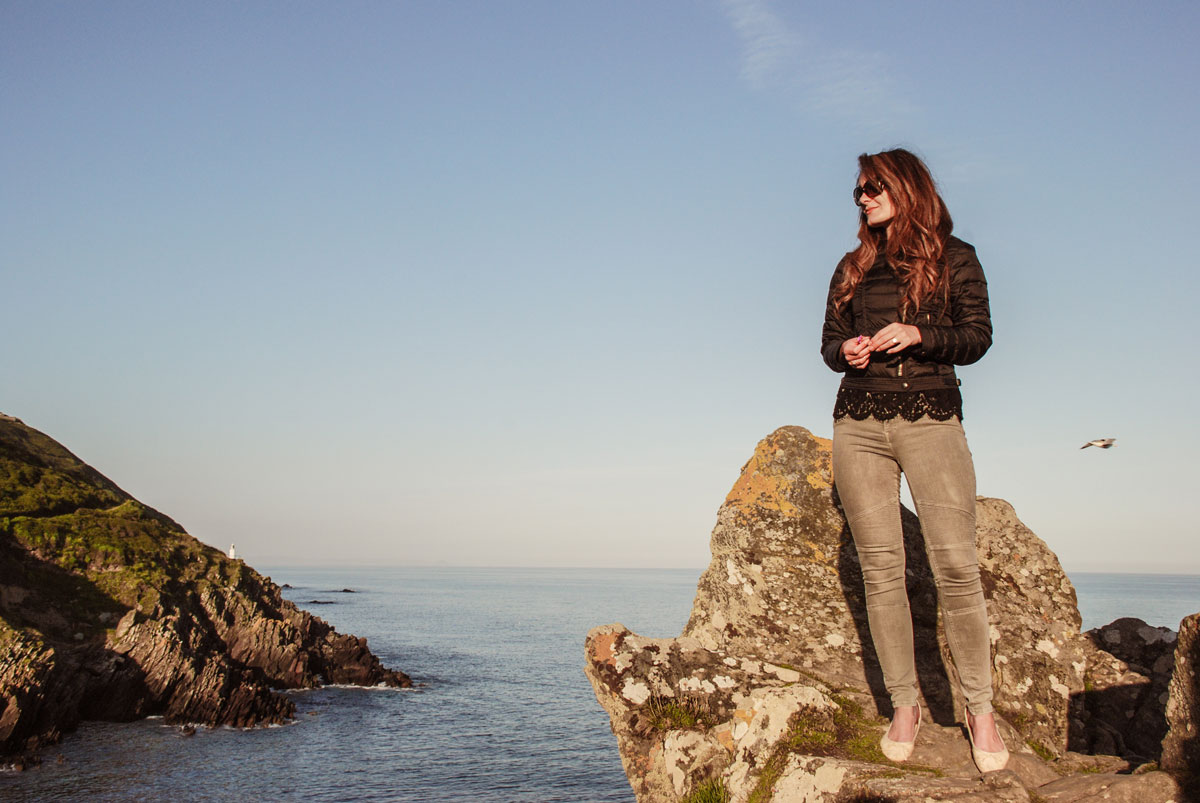 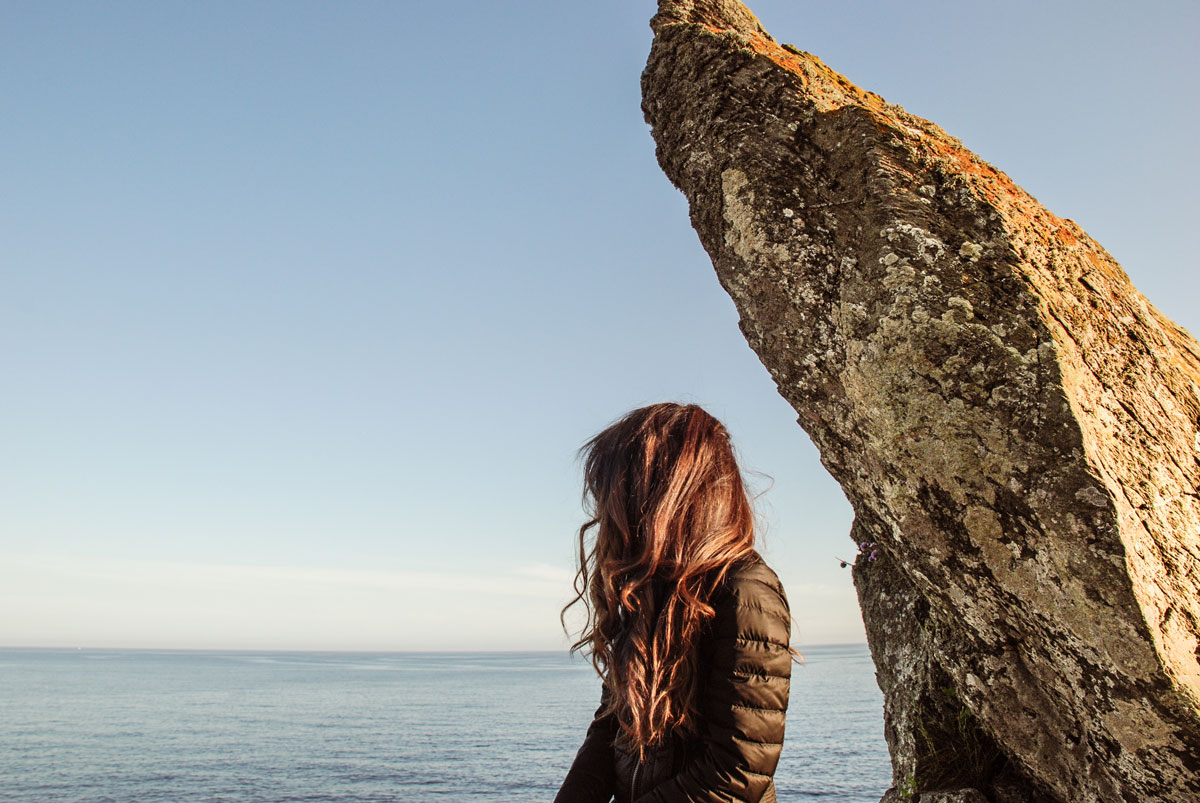 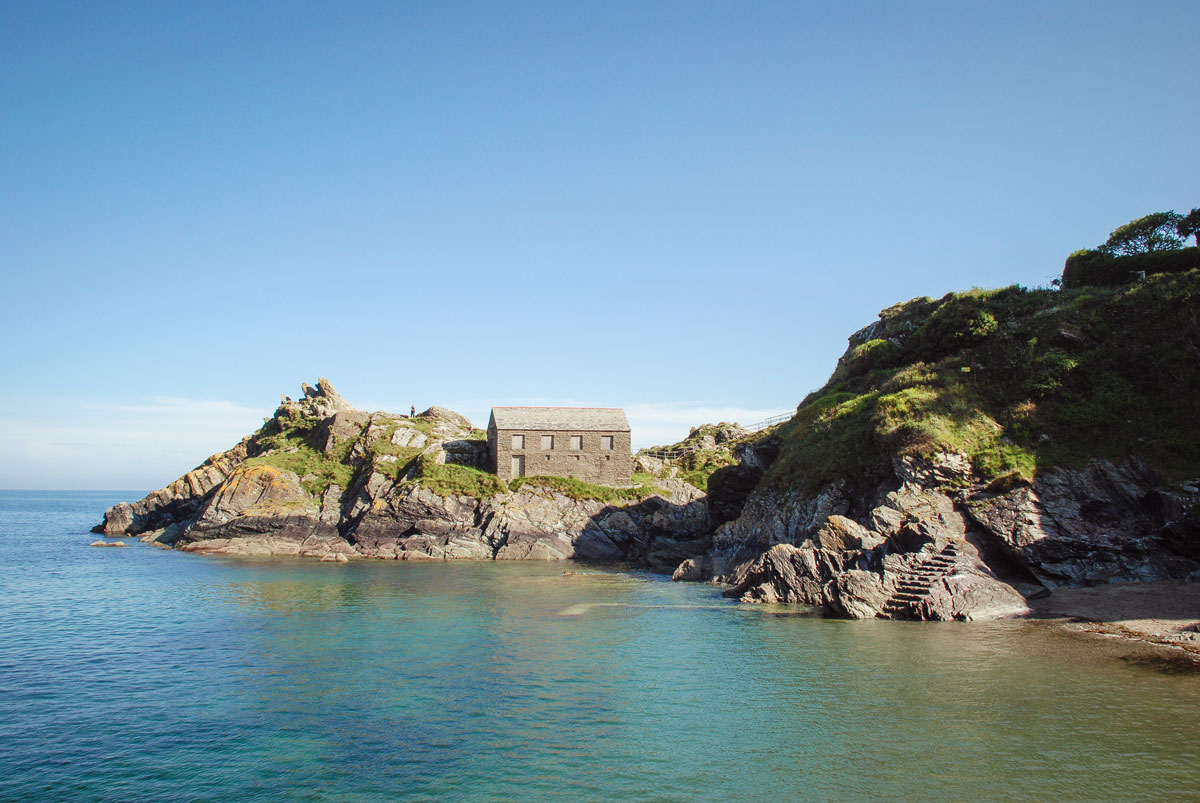 By the 14th century, Polperro was a busy port and the villagers became wealthy enough to build their own chapel. It was completed in 1391 and dedicated to St Peter, the patron saint of fishermen. The chapel was originally built on Chapel Point above the harbour but was moved about 200 years ago to Peak Rock where it stands today.

It’s called the Net Loft as more recently, before it was abandoned, the top floor was used for storing sails and fishing nets. The ground floor was used for building boats. Rumour has it that it might have once served as a lighthouse, because of its ideal position out on the rocks. It’s been battered by bad weather and stormy seas in recent winters but has been restored by the National Trust. In fact, they’re looking for suggestions on how to use it, so drop them a message if you have any ideas! 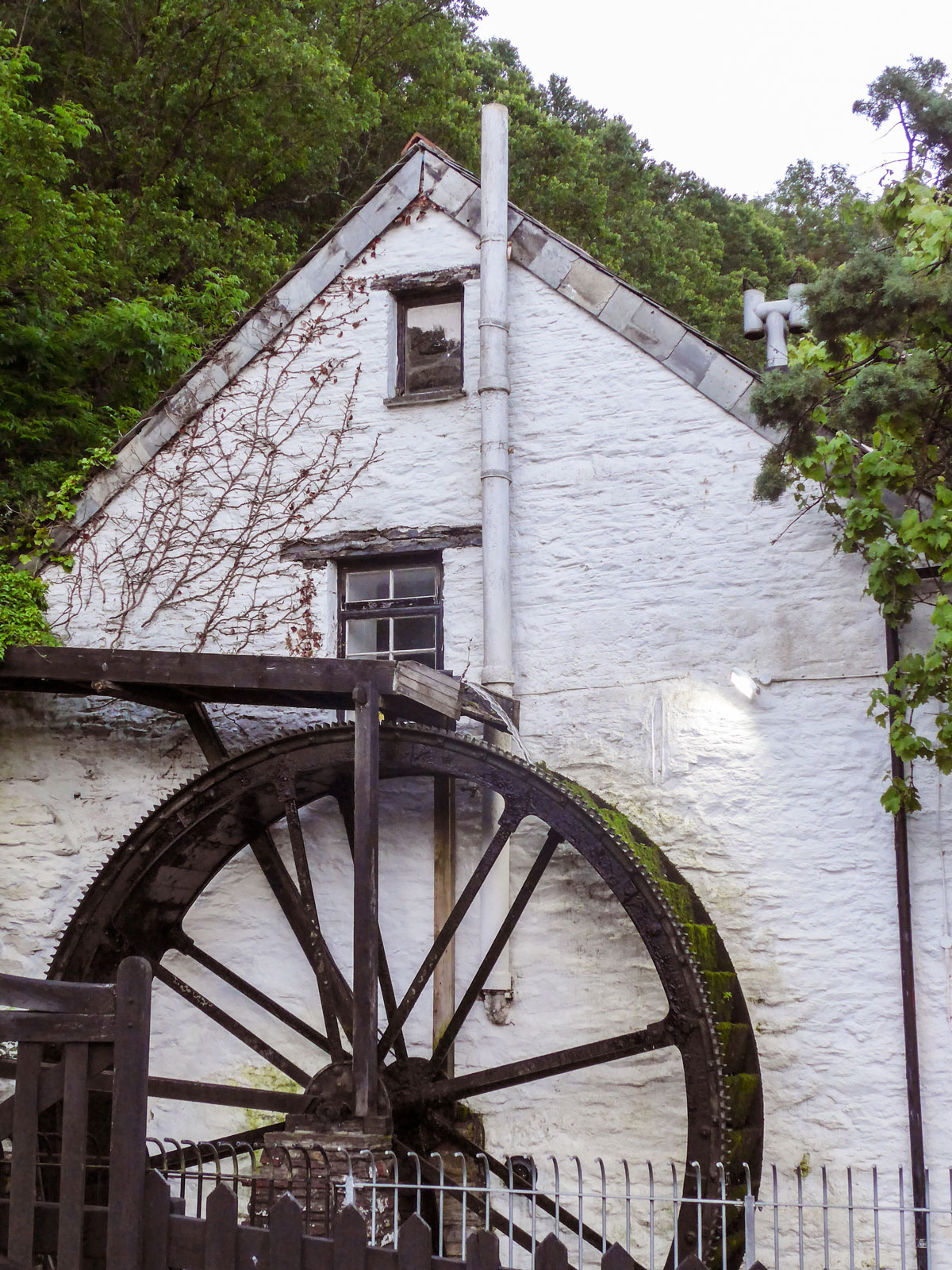 The Crumpehorn Inn and Mill dates back to the 14th century and is recorded in the domesday book. It has a restored water wheel which used to power the mill, and large menu including vegan, coeliac and gluten free options. There are lots of casual dining places you can stop into but definitely check their serving times and whether you need to book as they’re not open as late as you may be used to and can get quite busy. 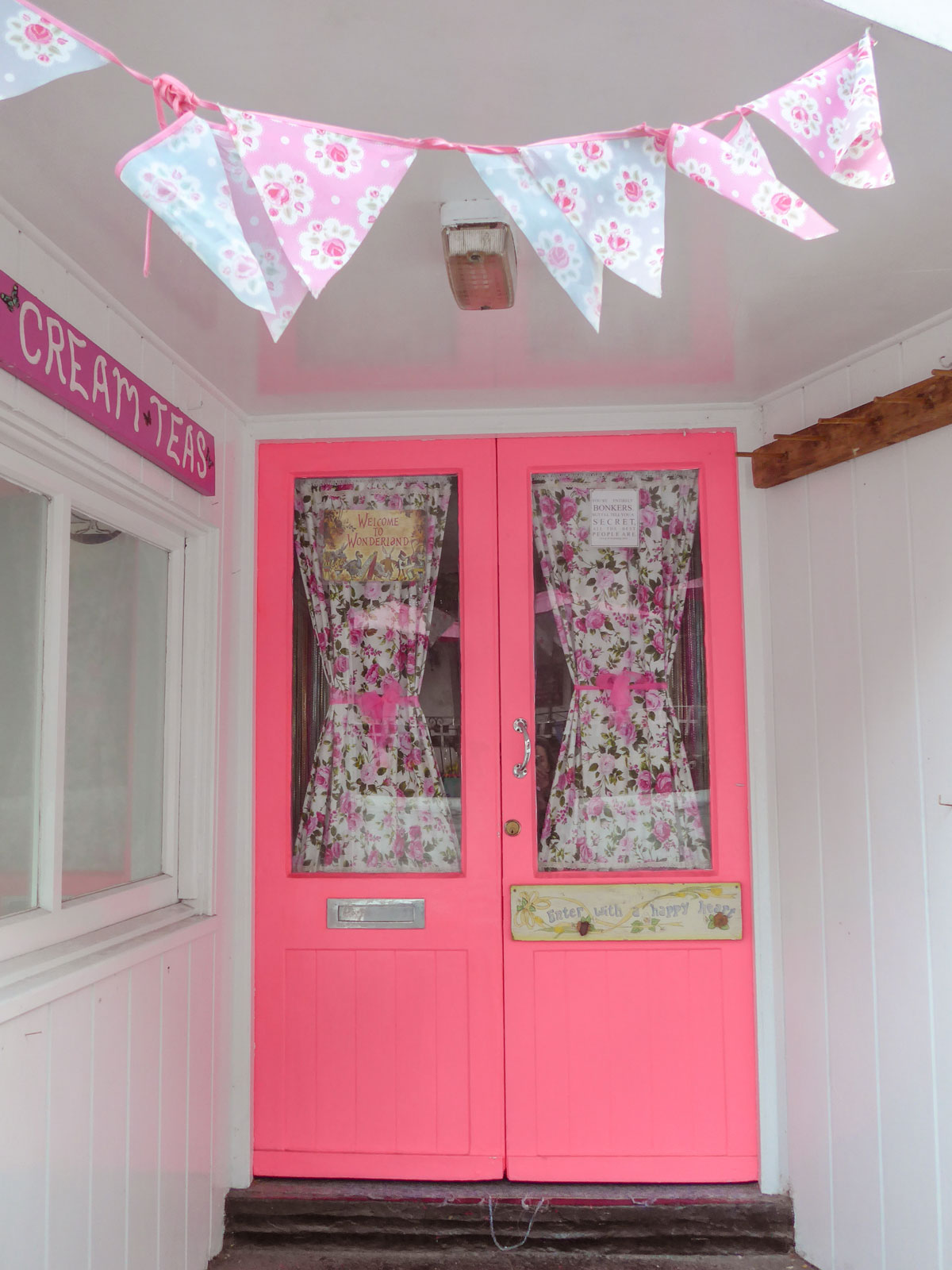 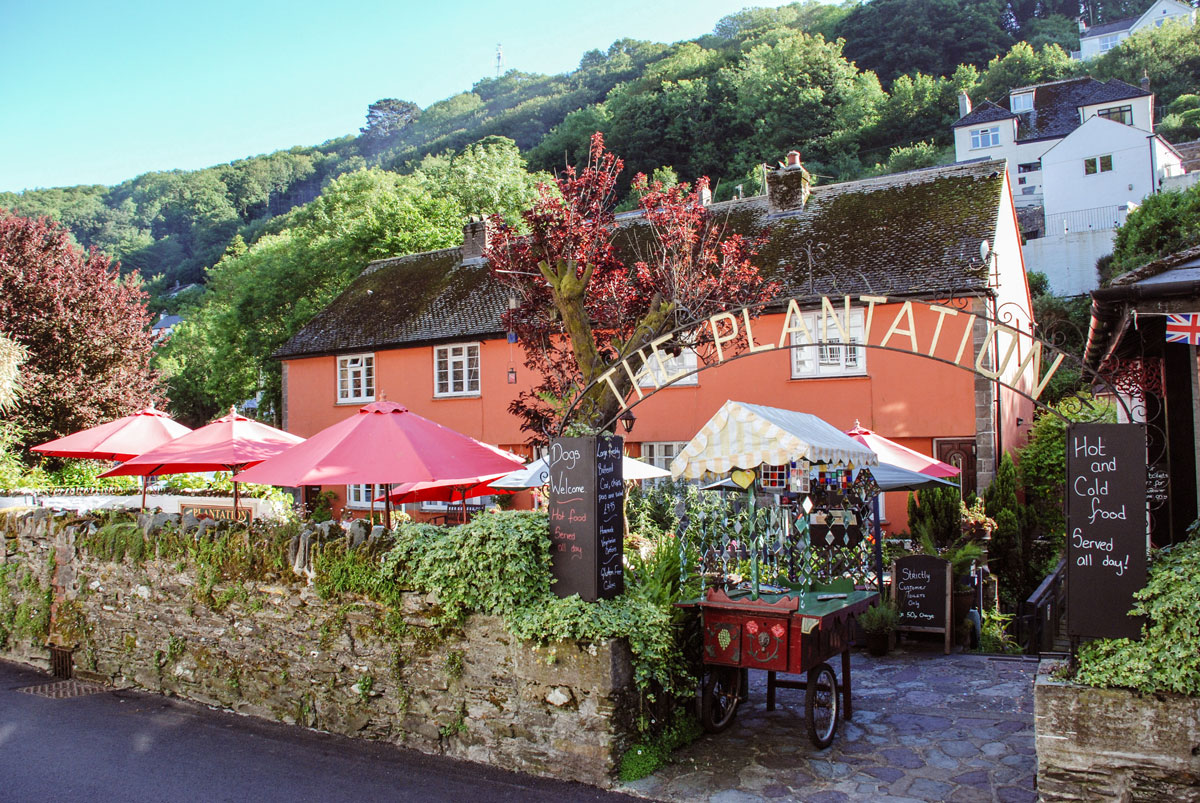 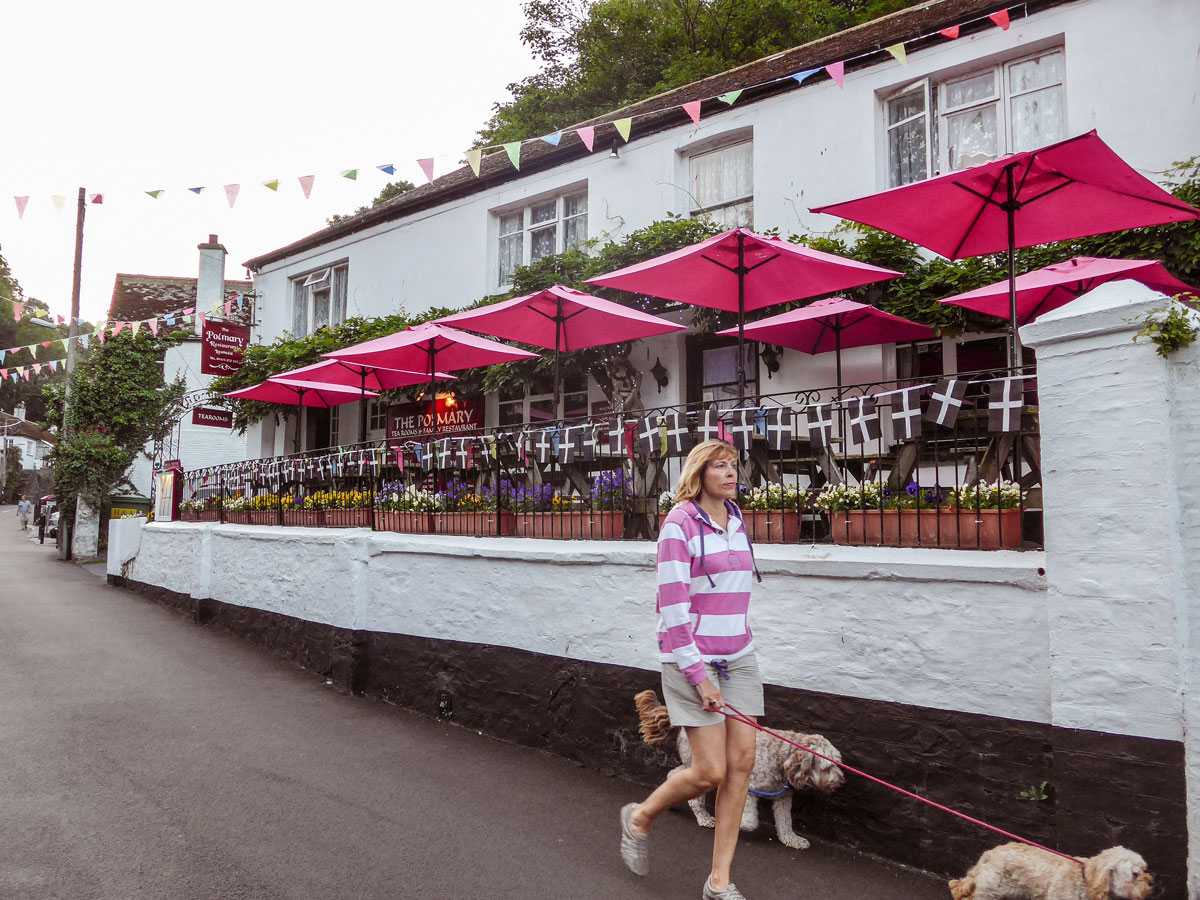 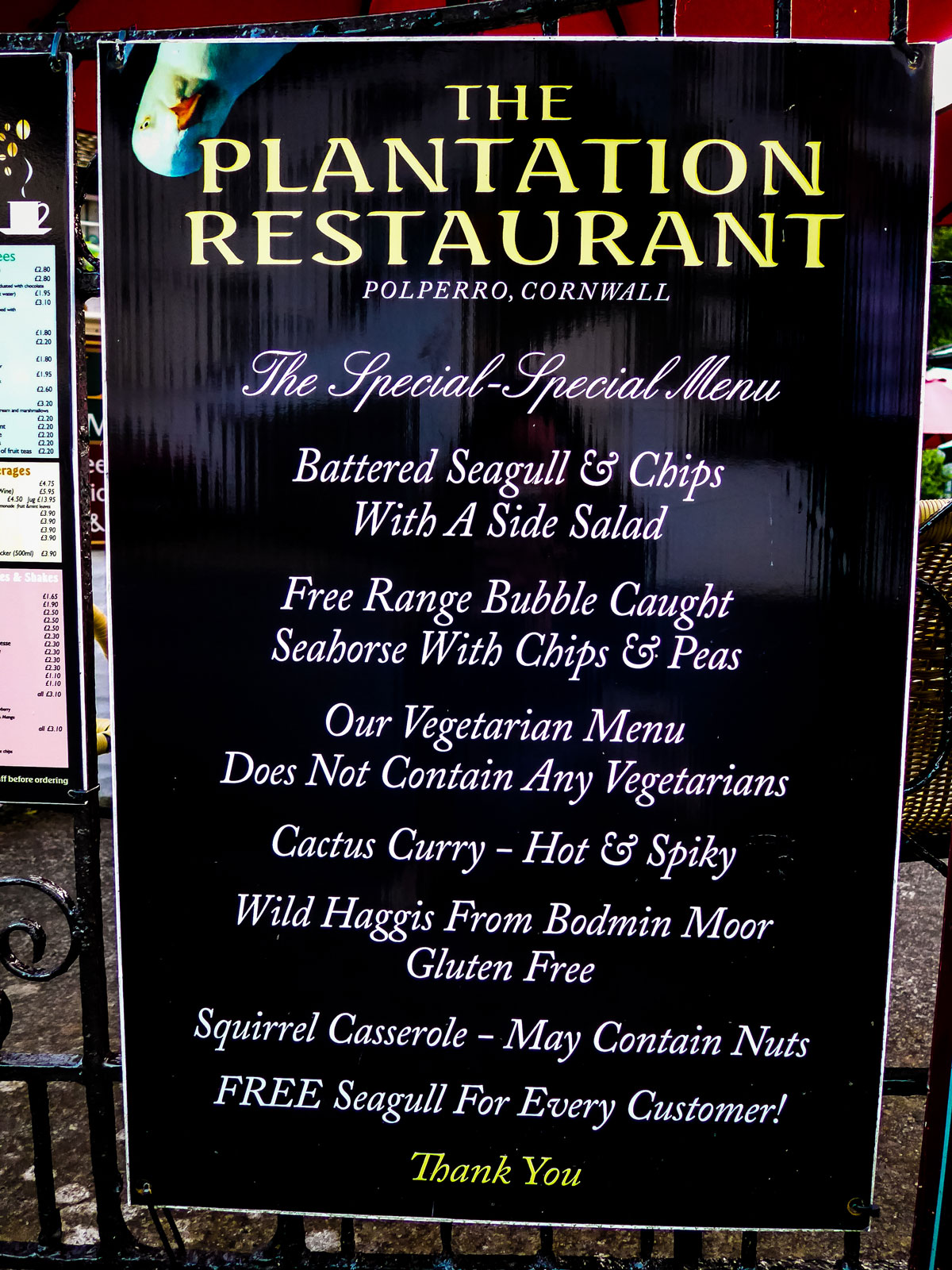 When to visit Polperro

What to know about Polperro 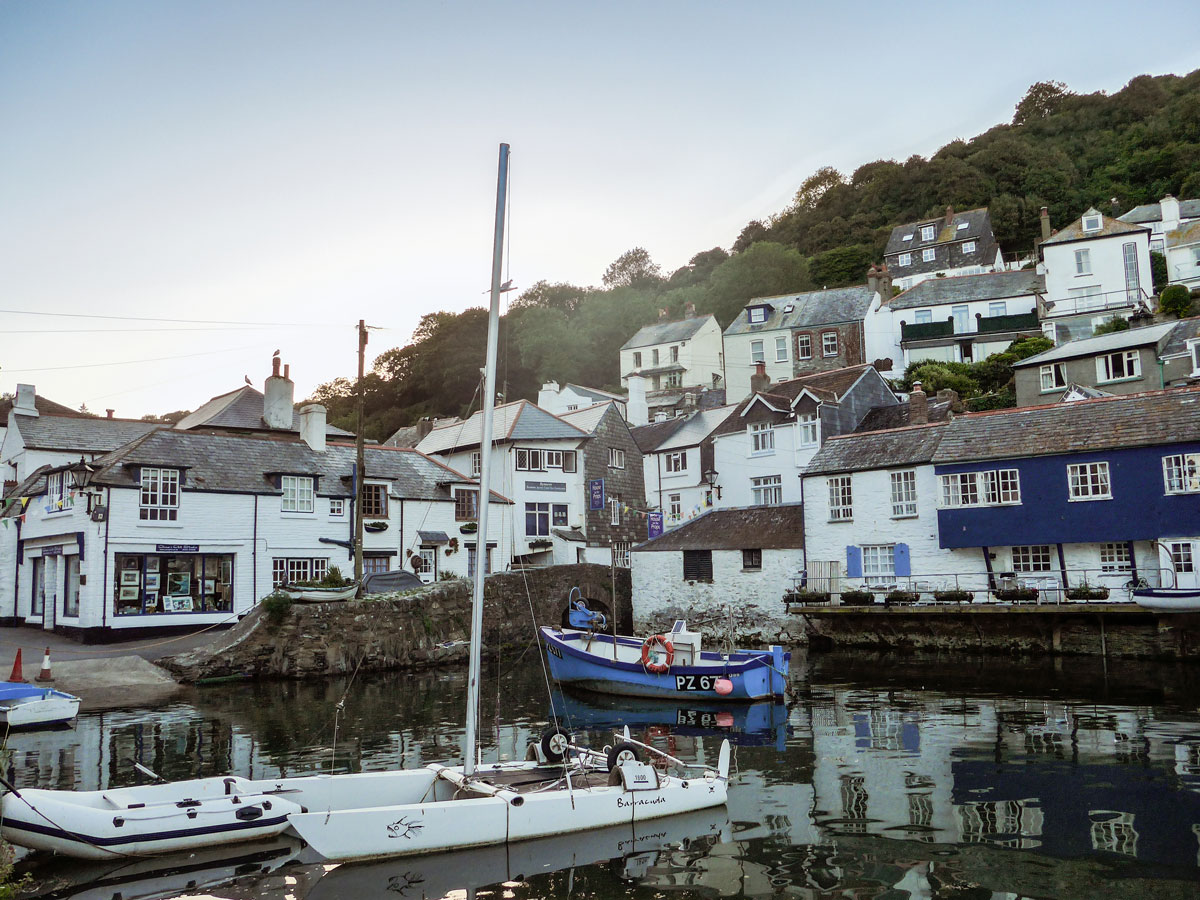